Well, looky-here. I’m writing a blog. About writing. I want to thank my fellow writer-friend, the very talented Beth Deitchman for tagging me to focus on our craft for “My Writing Process Blog Tour.” Though I’ve been writing all my life, (I scored an honorable mention for my Charlotte’s Web rip-off story “The Easter Celebration,” when I was 10, thank you very much) I’ve only just amped up my efforts again over the past year. I am honored to be considered worthy of anyone’s attention.

Are you paying attention? Ok, here we go…

What am I working on?

I like to juggle. For me, having a few irons in the fire means a diminished chance of writer’s block. And because I tend to be distracted by shiny objects and reruns of Buffy, I find that bouncing around among various projects helps me actually finish things. And I do finish things, despite pecking at my work like a neurotic little bird. Over the past year, I have completed (ahem) six 3000-6000 word short stories, a novel, a screenplay, lyrics for four new songs and at least twenty 150-500 word micro-fiction pieces. Keeping in mind that I do have a day job that delivers maximum time-suckage, that’s a pretty good cache of words.

Currently, I am working on a short story about a troubled teen in love with a strange boy, which falls a bit on the darker side and a screenplay, which falls on the sad-but-with-potential-for-happiness side. Depending upon my mood, I have been jumping in and out of both documents for the past few weeks.

I also have finished a novel that has been passed on to a few trusted friends for feedback. On the back-burner, you will find 50K words of another novel, created during last years’ National Novel Writing Month contest.

Finally, I am a singer and lyricist, so I have about seven half-finished songs just waiting for me to get a move on.

I see no writer’s block here! OMG, is that the “Band Candy” episode of Buffy playing? Gotta go…

How Does My Work Differ From Others of Its Genre?

Oh, genre-shmenre…I don’t know how to answer this. I guess I would say my work is mostly realism with (sometimes, and quite unexpected) elements of magical realism. My novel is about grief and giving in to your demons. It’s a delightful romp, really. I’ve written micro-fiction and short stories that have started out as realism but ended up becoming magical or psychological in the end. I’ve also co-written a screenplay, Teachers: The Movie, a comedy about my day job, which is best described as a cross between a Kevin Smith flick and a mockumentary-style show like The Office.

I love to read and be inspired by others. Because my writing is so varied, my own reading is cornucopiatic (I just made that word up; see the power writers have?). Right now, I am reading a brilliant screenplay written by a friend, a flash fiction collection about – among other things – werewolf brothels in the old west, a comic book about existential teen angst and pop culture in the 90’s and a 500+ page novel set in 1910 England. I love anything well-written: adult and YA fiction, poetry and song-lyrics, films and TV shows.

Anyway, I am rambling, and I didn’t really answer this question, so I will move on to the next…see what I did there?

Why Do I Write What I Write ?

It’s what I do. No, really. For me, carving out stories from nothing is gratifying and cathartic. My writing is forged from pieces of memory, personality types I’ve encountered and the big questions in life. I do like having something to ponder in most things that I read, so I make an effort to have some kind of meaning in what I write. A theme, a message, whatever you want to call it; I want my reader to feel something.

Maybe it’s cliche to say that writing is therapy (and not necessarily a doorway to bliss), but I do believe writing helps me deal with the day-to-day stuff, the mean people and the ridiculous ways in which humans behave in relation to other humans. We are a strange race of people; writing about it helps me try to figure out why.

I write what I write, and I do it everyday, because I don’t want to be good. I want to be great. I want to be as great as the writers I admire: I’m talking to you, Tim O’Brien. And you, Woody Allen. You too, Joss Whedon. And Bob Dylan and Robert Frost and Sharon Olds and Paul Simon (was there ever a lyric more sincere and steeped in longing than “‘Cathy I’m lost,’ I said, though I knew she was sleeping. ‘I’m empty and aching and I don’t know why'”?) And the talented gang of writers who’ve created complex, layered characters on my favorite TV show, Hell on Wheels. And you, scribes of my twitter-circle – there are too many to mention here – who share your brilliance with me and make me jealous and ambitious at the same time.

How Does My Writing Process Work?

I just write. Since I do have a day job and I usually practice singing at night, I write every morning at 5 a.m. for about an hour. It’s actually turned out to be a perfect time for me to write, as the house is quiet and the fact that I’m not fully awake makes me less particular about every phrase; it’s hard to mull over every comma when you’ve only got one eye open.

Often, I start with just a first line, something totally random, and I go from there. One of my latest stories began with the sentence, “So my friend ran off to smoke pot with some dirty hippy and I am standing here.” (I swear this phrase just popped into my head out of the blue. Random, right?) Other times, I use a photo prompt, like the ones provided for flash fiction contests like Flash! Friday Fiction, Luminous Creatures Press and The Angry Hourglass, then I just let my mind wander. Or, a memory pops into my head and I use it as a jumping-off point. Or an everyday occurrence triggers one of those big life questions I was talking about. Lately, ideas seem to keep coming, and for that I am grateful.

I don’t worry about the ending of the story. I don’t worry about the middle. I just let the words pour out. I don’t outline. I subscribe completely to the idea that 1st drafts are not for the eyes of others, so I don’t fret over the story till I finish the 1st (sucky) draft. Fretting is for editing. (You can totally have that phrase by the way…use it in your twitter bio or what have you.) Once I finish the 1st draft, then I give it a couple of days and go in with new eyes. Then I think about what it is I want the story to really, truly be about. And I edit and rewrite. Edit and rewrite and revise.

Then, I let someone read it. If I may pontificate briefly: if you are writing and you’re not letting someone read = bad. At some point, you have to send your baby out into the world and let him meet new people. I am so blessed that I have been able to rely on great writer-friends like Cedrix Clarke, Beth Deitchman, Peter Samet, Callie Armstrong, Jason Zwiker, Beth Voso, Larry Rothstein, Brian Burns and of course my Teachers: The Movie co-writer Evan Lancia for feedback. Also, my husband reads nearly everything I write, and he is not shy with the critique (you’d know this if you’ve ever sung vocals in a recording studio for him, trust me).

Finally, I send my stories to literary journals or I enter contests. I try to get my work out there. That’s what it’s for. It’s for someone who lives outside of my house to read. Will that someone reject it? Um, yeah. That’s kind of part of the process. But if you’re afraid of rejection…just…don’t be afraid of rejection. Rejection is the Apollo Creed to your Rocky. So put your inspirational instrumental theme music on a loop and keep running. Train hard and focus on the sequel.

Incidentally, since you are someone who lives outside of my house, maybe you’d like to see what I’ve written in non-blog form. No? Ok…well, if you change your mind, click the “Published Work and Awards” page for links to a few of my very short pieces.

So this is the part where I tag people. When I first joined Twitter a little over a year ago, I had no idea that I would be immersed in a community of talented, funny, profound and encouraging writers who were producing quality work in a variety of genres. I have chosen three of these writers to tag for the next wave of this blog.

I started following Brad on Twitter during the fall of last year. At first, like most twitter followers, we conversed about random topics like food and music. Since he was genuine and wasn’t just looking to up his follower quota, I read his bio and discovered that Brad is indeed a full-time writer who writes, among other things, screenplays and a comic book series. Brad is a cool guy, in that he was willing to offer advice to this newbie screenwriter, and he is the author of the Mixtape comic series. Mixtape is the story of a group of friends coming of age to the soundtrack of the 90’s alternative music scene. I am a big fan of Brad’s work, and I am looking forward to hearing about his process.

You can learn more about Brad at his website:
http://www.bradabraham.com/

Peter is another of my writer connections who has become a necessary part of my Twitter feed. From our earliest conversations I was aware that, like most writers on social media – Peter was at work on a novel. Last spring, I was honored to be among the first readers of his book, Zero Echo Shadow Prime, a well-crafted science fiction dystopian novel about the year 2045, where the merger of man and machine has devastating effects. A film editor by day, Peter has managed to carve out time to write a really solid novel. His characters are essentially clones, yet he finds a way to make each of them unique while taking us through their journey.

Learn more about Peter and his novel here:
http://www.zeroechoshadowprime.com/

Up until today, I didn’t know Chris’ real name, but I know him as one of the first people who chatted with me on Twitter. What I like about Chris, besides the fact that he is good with the Twitter-chatting and he has varied and unique taste in music, is that he can spin a clever tale in a number of genres. If you haven’t checked out Dirk McAwesome and the Giant Fire Breathing Space Ants, written under the pen name Richard Junk, I suggest you get yourself a copy. It is laugh-out-loud funny, I promise. Chris (under another pen name, Joriah Wood) is also one of the writers involved with the Whiskey and Wheelguns series, a vividly written, action-packed collection of tall tales that melds the old west with zombies, werewolves and vampires.

You will find Chris’ blog at http://prosebeforehohos.wordpress.com/ 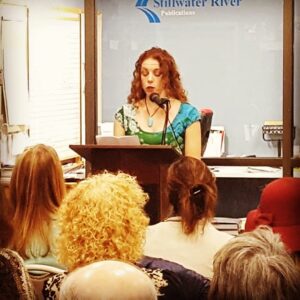 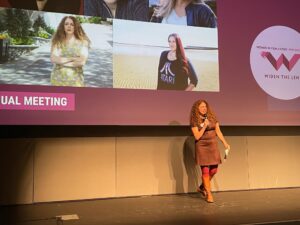 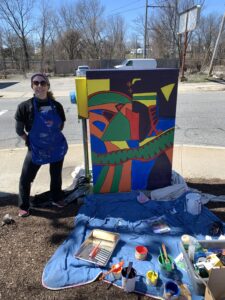 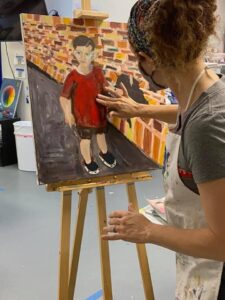